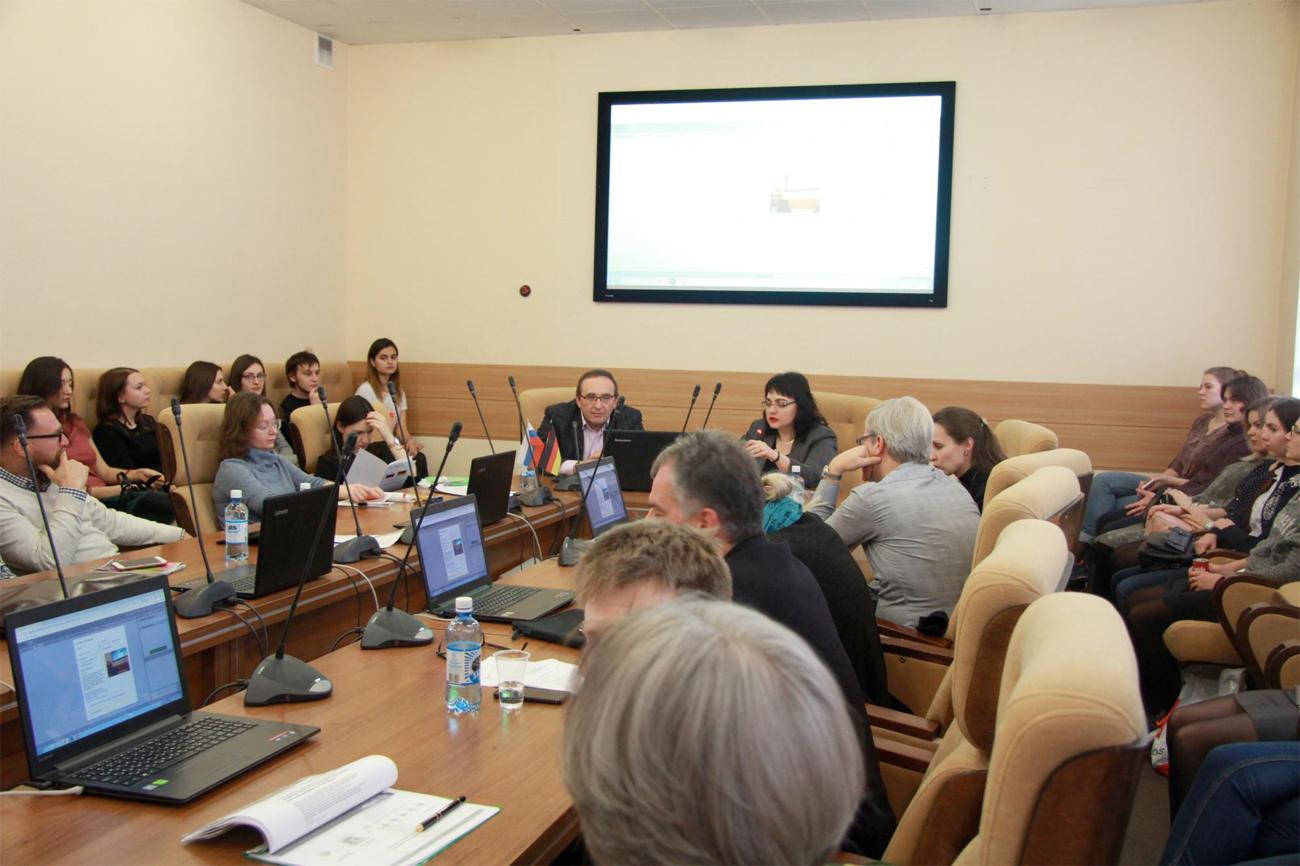 Cooperation is maintained with universities and clinical centers of Japan, Germany, France, Italy, Canada and countries of the CIS. Among the key partners there are universities of Niigata and Kanazawa (Japan), Berlin (Germany), Toulouse (France), Ottawa (Canada), Turin (Italy), Klaipeda (Lithuania), Bristol (Great Britain) and Institute of Medical Genetics (Italy).

Since 2014, implementation of the G-MedEx Japanese-Russian educational program started for the first time in Russia with participation of Niigata University (Japan) and medical universities of Krasnoyarsk, Khabarovsk and Vladivostok (Russia). Within the framework of the program, subprograms of student exchange, of bilateral scientific practice of students and of dual degrees in postgraduate studies were implemented. The programme was supported by the Government of Japan. As the coordinating university for this program from the Russian side, KrasSMU hosted all four subprograms with emphasis upon educational projects in microbiology, morphology and pathology.

–Russian-Japanese Laboratory of Microbiology and Metagenomics (in partnership with Niigata University);

–Russian-French associated laboratory “Coevolution Man-Environment in Eastern Siberia” (in cooperation with the University of Toulouse);

–Russian-Canadian laboratory of biomolecular technologies (in collaboration with the University of Ottawa);

–Russian-Lithuanian Scientific Laboratory for Psychocorrection and Psychoprophylaxis of Functional and Emotional States (in collaboration with the University of Klaipeda);

–Russian-Italian Medical Genetics Laboratory (in collaboration with the MAGI-group);